Please open the website on a larger device to use the quick order functionality.

Monthly Offers
offers will run from 1st until 31st January€ 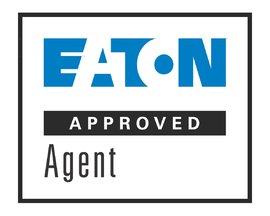 2.PRICES
Unless otherwise agreed in writing by the Company orders are accepted on the basis of prices ruling at the date of despatch of the Goods by the Company. This applies to back orders. The Company reserves the right to increase its prices at anytime. All prices are ex-factory and exclusive of VAT, and same, together with carriage, when charged shall be borne by the Purchaser.

3.DELAYS AND NON-DELIVERY
(a) All reasonable efforts are made to honour delivery promises but unless otherwise agreed in writing the Company shall have no liability whatever in respect of delays in delivery or non-delivery howsoever caused.(b)Prior to delivery the Goods have been carefully checked and/or tested by theCompany and the Purchaser or his representative shall have the right, at his own expense and risk, to inspect the Goods prior to delivery at a time agreed with the Company.

4.DAMAGE IN TRANSIT AND SHORTAGES
On delivery the Goods must be checked against the Delivery Note which shall be signed by or on behalf of the Purchaser. Such signature is an acknowledgement that all the Goods have been received in good condition and order. The Company will accept no responsibility for damage in transit or shortages unless same are noted on the Delivery Note before signature. In any event all complaints must bereceived by the Company within 14 days or receipt of the Goods by the Purchaser.

5.TERMS OF PAYMENT(a)The Goods must be paid for in full without deduction in respect of alleged disputes or counter-claims in accordance with the terms specified by theCompany from time to time and if no date for payment has been specified by the last day of the month following the month of invoice.(b)The Company shall be entitled without prior notification to charge interest at the rate of 2% per month or part thereof on any sums which remain unpaid after the same shall have become due for payment and such interest shall accrue from the due date.(c)If part only of an order shall be supplied the terms of payment shall apply to the Goods actually delivered notwithstanding the shortfall.(d)The Company shall be entitled to invoice the Goods on the date on which same are ready for delivery even though it agrees at the request of thePurchaser to postpone the date of delivery.

6.RETURN OF GOODS AND NON-CANCELLATION OF ORDERS
(a)Where the Goods have been correctly supplied in accordance with an order and are not defective they will not be accepted for return by the Company unless the Company has given its prior written agreement.(b)When a firm order for the Goods has been placed with the Company such order may not subsequently be cancelled by the Purchaser for any reason what so ever.

9.WARRANTIES AND CONDITIONS
(a)Save in the case where the Purchaser is a consumer within the meaning ofThe Sale of Goods and Supply of Services Act, 1980 and as provided inClause 8 (b) hereof all conditions and warranties as to the quality of theGoods or their fitness for any particular purpose whether expressed or implied by law or otherwise, are hereby expressly excluded.(b)The Company shall neither be liable for consequential damages, injuries to persons or property or other losses or damages nor be subjected to other claims, expenses or costs resulting from the sale installation application or use of the Goods except in the case of a wrongful act or neglect on the part of the Company.(c)The Company shall not be liable for loss damage or injury arising directly or indirectly from the use of the Goods or any of them.(d)The Company shall have no liability whatsoever in respect of any items supplied by the Purchaser for incorporating into assemblies made up by theCompany.(e)Nothing herein shall prejudice the contractual rights enjoyed by the Purchaser by virtue of Sections 12, 13, 14 and 15 of the Sale of Goods Act, 1983.

10.PATENTS
The Purchaser shall indemnify and keep indemnified the Company against all damage it might suffer if, during the execution of an order, it infringes the industrial property rights of any third party where such infringement results from its compliance with designs, specification or other instructions supplied by the Purchaser.

11.FORCE MAJEURE
If circumstances occur which could not have been foreseen at the time the contract was concluded and which are beyond the control of the Company and directly or indirectly prevent, hinder or make more difficult the full or partial performance of the contract-such circumstances, being inter alia, war, the threat of war, civil war,natural disasters, riots, strikes, lock-outs, fire, break-downs in the Company's factory, delayed or incorrect deliveries by the Company's suppliers, government measures, embargoes, blockades-the Company shall have the right without incurring any further liability, either to suspend performance of the contract wholly or in part or to treat the contract as cancelled and thereupon all amounts due to theCompany by the Purchaser by virtue of the contract shall become immediately payable but without prejudice to the right of the Company to claim full compensation including compensation for loss of profits. The Company shall have similar rights inrelation to the contract in event of the Purchaser committing an act of bankruptcy,suspending payment of its debts, entering into an arrangement with its creditors,closing its business or in the case of a company having a Receiver or Liquidatorappointed over it or its assets (liquidation for the purpose of reconstructionexcepted).

12.REPAIR AND ALTERATION
Any products accepted for repair or alteration by the Company shall be held by theCompany and repaired or altered by it entirely at the customers own risk.13.COPYRIGHTAll quotations information drawings or other documentation supplied by theCompany shall be confidential to the Purchaser and copies thereof shall not bemade or passed to third parties without the written consent of the Company.
By continuing to use this site you consent to the use of cookies in accordance with our cookie policy